It  may seem an unusual item to have on a bucket list, but I have long wanted to take a tour of Glasnevin Cemetery in Dublin. It is a cemetery on a truly grand scale – being the resting place of over 1.5 million people – of all faiths and none. It also has huge historical significance, where the graves of many of Ireland’s most prominent national figures can be seen. These include the graves of Daniel O’Connell, Charles Stewart Parnell, Michael Collins, Éamon de Valera, Arthur Griffith, Maude Gonne, Kevin Barry, Roger Casement, Constance Markievicz, Seán MacBride, Jeremiah O’Donovan Rossa, Frank Duff, Brendan Behan, Christy Brown and Luke Kelly of the Dubliners.

One of the most striking features is the high round tower near the entrance to the cemetery, below which lies the tomb of Daniel O’Connell – often referred to as The Liberator – an Irish political leader in the first half of the 19th century.

The cemetery also offers a view of the changing style of death monuments in Ireland over the last 200 years: from the austere, simple, high stone erections of the period up until the 1860s, to the elaborate Celtic crosses of the nationalistic revival from the 1860s to the 1960s, to the plain Italian marble of the late 20th century.

The high wall with watch-towers surrounding the main part of the cemetery was built to deter bodysnatchers, who were active in Dublin in the 18th and early 19th centuries.

The photos in this post were taken during the guided tour, which takes in just a small though historically significant part of this fascinating place. 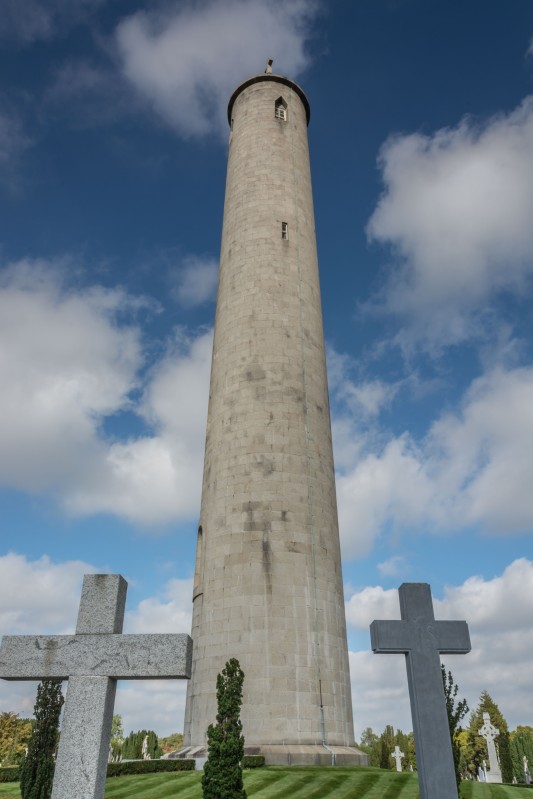 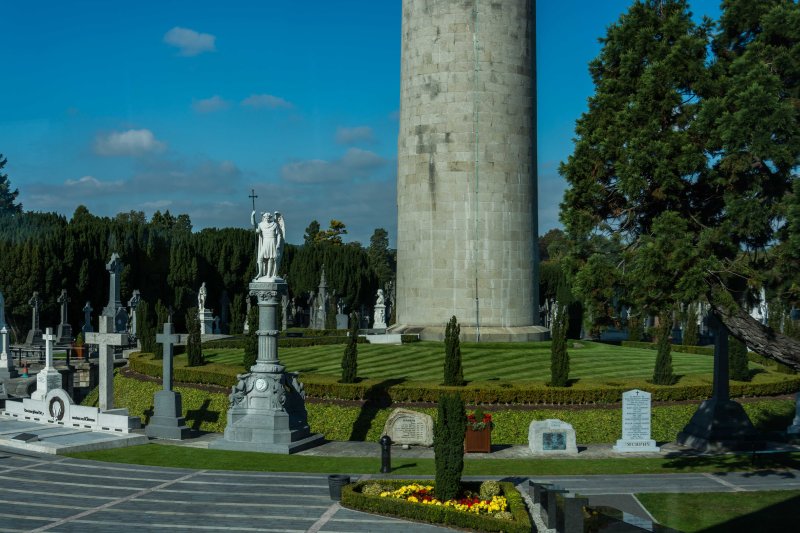 Re-enactment of the oration by Padraig Pearse at the graveside of Jeremiah O’Donovan Rossa. 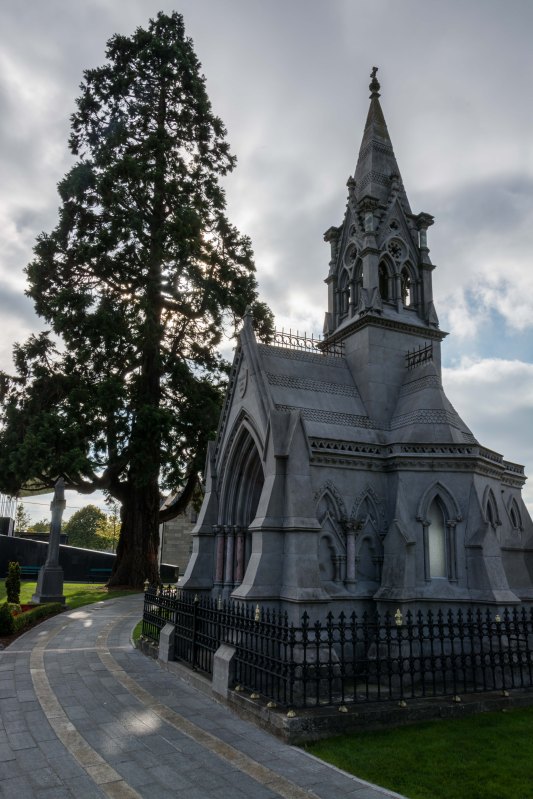 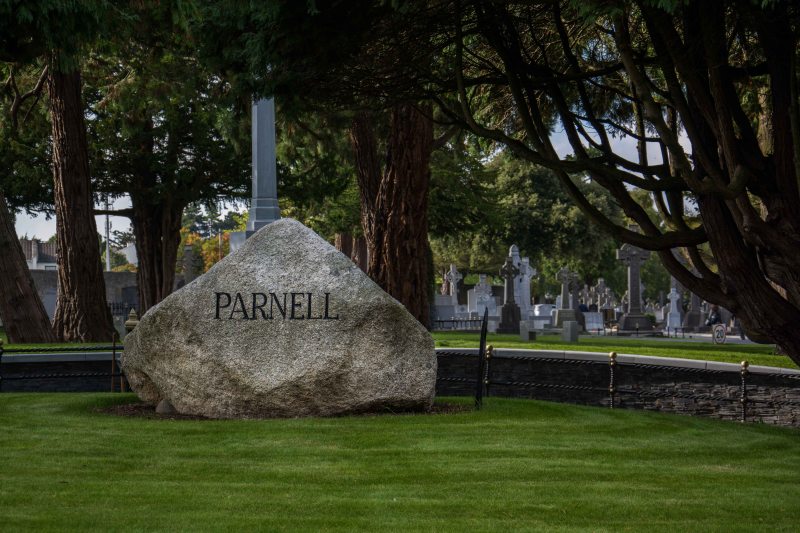 The grave of Charles Stewart Parnell. 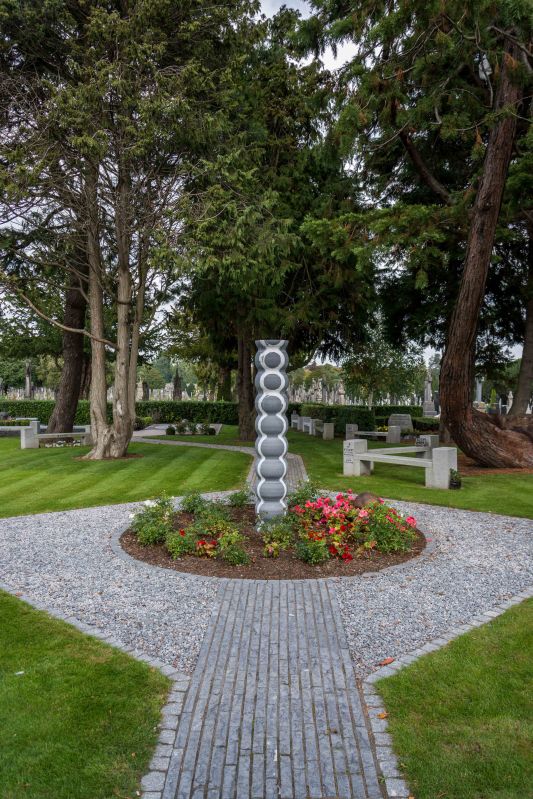 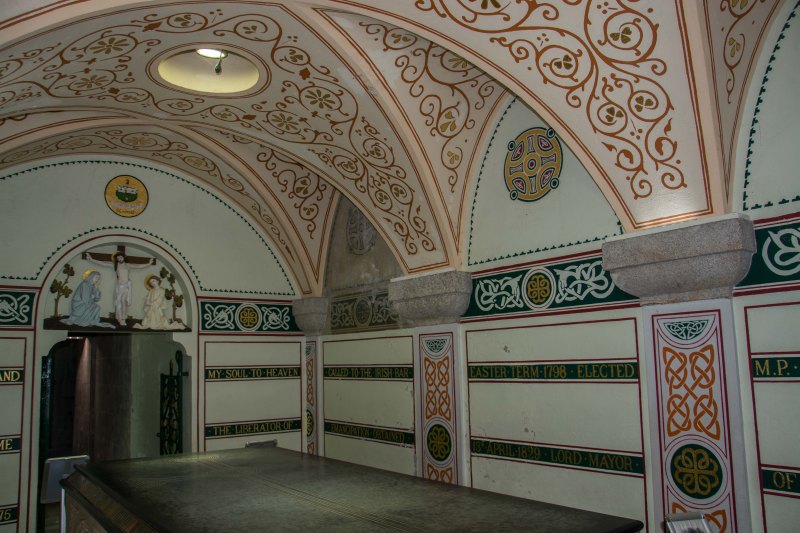 Inside the tomb of Daniel O’Connell 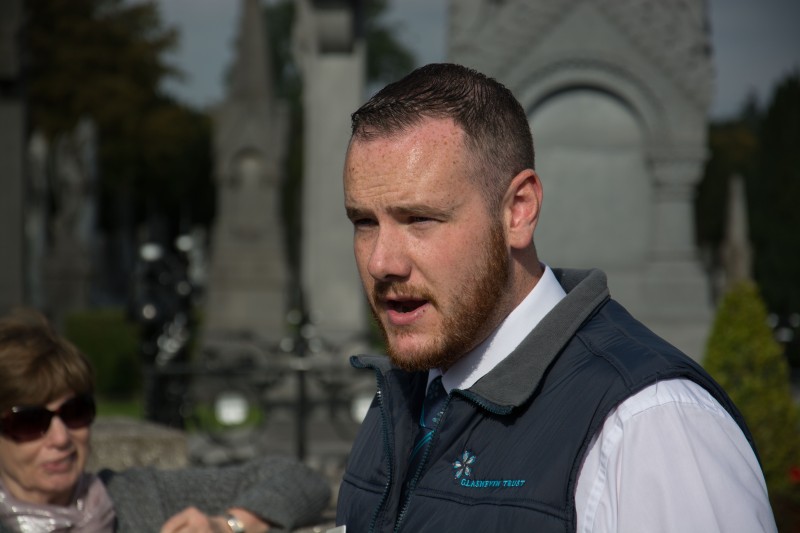 The guided tour by the Glasnevin Trust is well worth it. Our guide on the day was excellent. 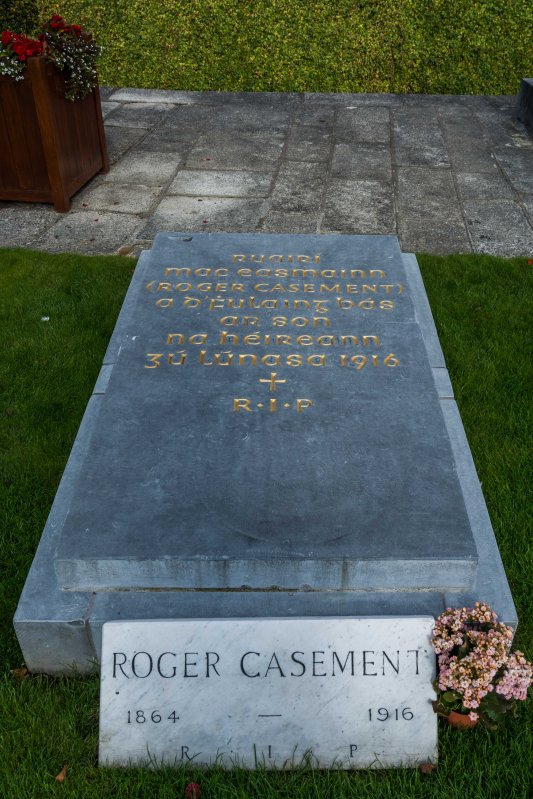