An Evening At Kilruddery Estate

Kilruddery Estate, on the southern outskirts of Bray in County Wicklow, is very close to where I live and this week I spent a very pleasant evening there with friends. Our intention was simply to relax, have a bit of fun and take some end of day photos around the house and gardens. And that’s exactly what we did!

The present structure of Kilruddery House is a south facing multi-bay mansion, originally dating from the 17th century, but remodelled and extended in 1820 in the Elizabethan style. It is constructed as variously single, two, three and four storeys in the shape of an irregular quadrangle enclosing a courtyard. To the north an office wing incorporates the 17th-century portion and to the south and west is a large domed conservatory. The house sits within a large landscaped demesne which features a pair of long parallel canals in front of the house.

In 1534, Sir William Brabazon of Leicestershire was posted to Ireland to serve as Vice-Treasurer. Later, in 1539, Sir William secured ownership of the Abbey of St. Thomas, Dublin, whose lands included Kilruddery. In 1627 his great-grandson was made the 1st Earl of Meath. The 2nd Earl of Meath (1610–1675) built a new house at Killruddery in 1651 to replace one burned down in the civil war six years earlier.

The 10th Earl carried out an extensive reconstruction of the House between 1820 and 1830. Architects Sir Richard Morrison and his son William Morrison were commissioned to build a Tudor Revival mansion incorporating the original low-level 17th century mansion. The result was the irregular quadrangle around a central courtyard. The interior of the house featured elaborate chimney-pieces by Giacinto Micali, crimson silk damask from Spitalfields, stained glass by John Milner, a domed ceiling by Henry Popje and a drawing room ceiling by Simon Gilligan. A Clock Tower in the forecourt houses a water clock designed and constructed by Reginald Brabazon, 13th Earl of Meath with a pendulum powered by a jet of water.

Currently the estate extends to 800 acres and is owned and farmed by the 15th Earl and Countess of Meath. The estate has also been used as a location in many well known movies and TV mini-series including My Left Foot, Far and Away, Angela’s Ashes, The Tudors and Camelot.

My photographs from this visit are taken in the vicinity of the house and from the highest point on the estate, looking west towards Kippure and the Wicklow Mountains. I would prefer different light to fully explore the extended gardens and woodland areas – hopefully the subject of another post before this year is out. 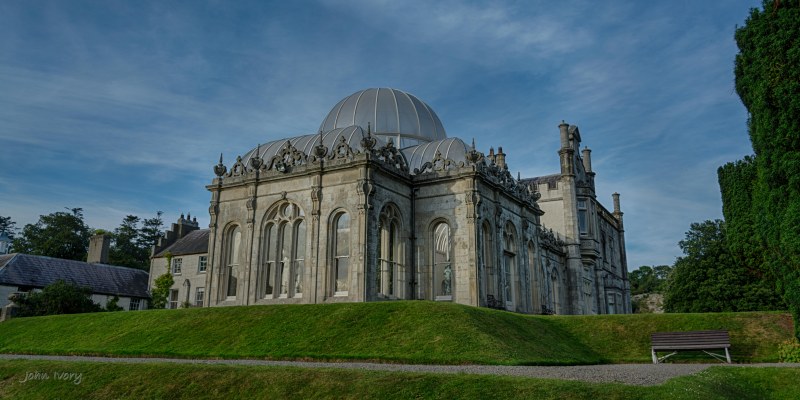 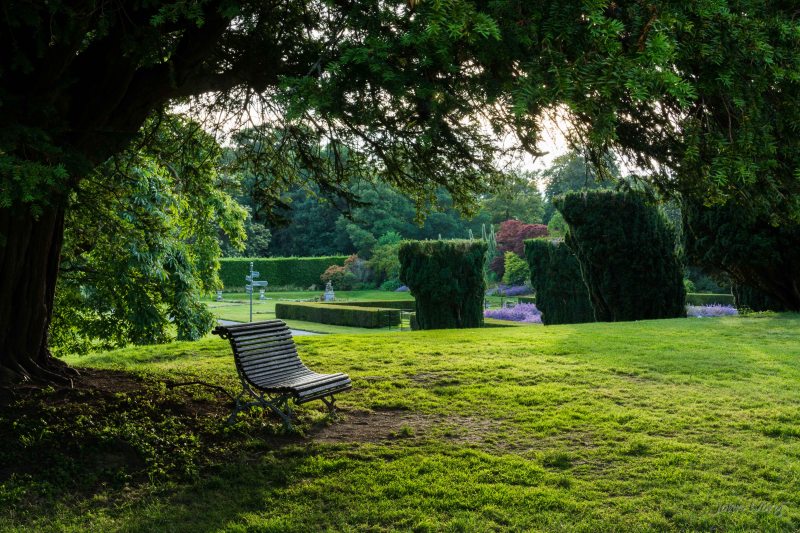 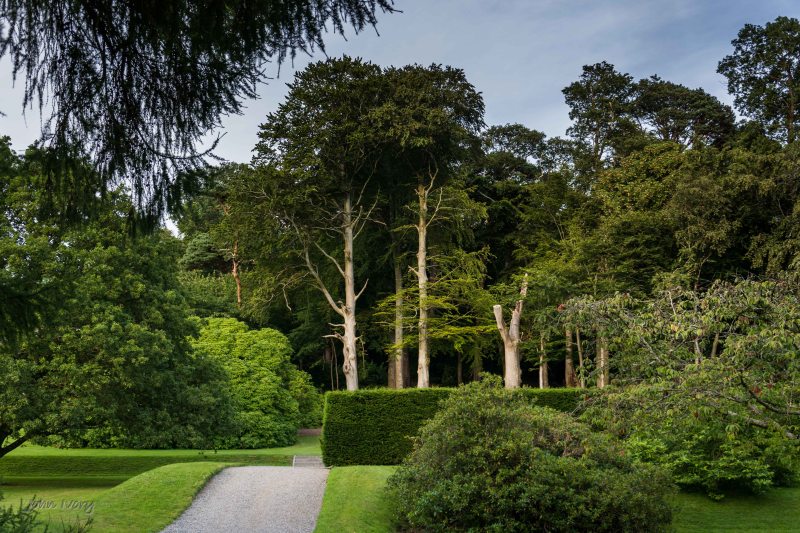 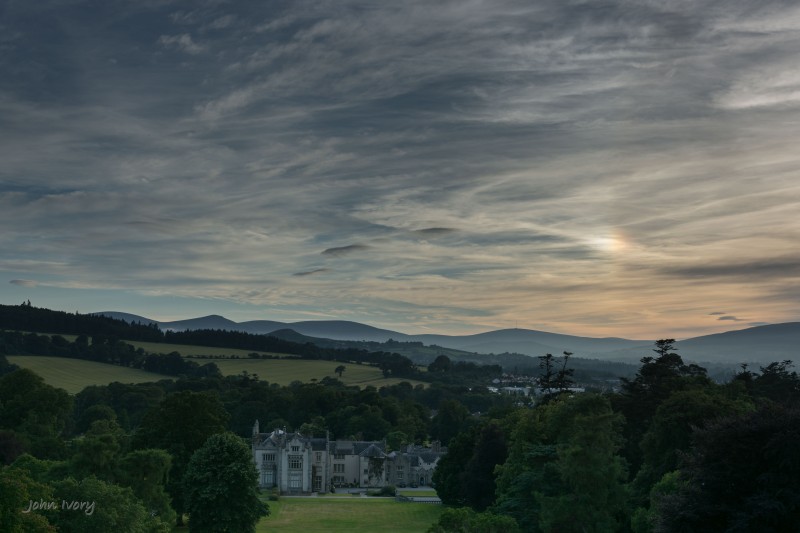 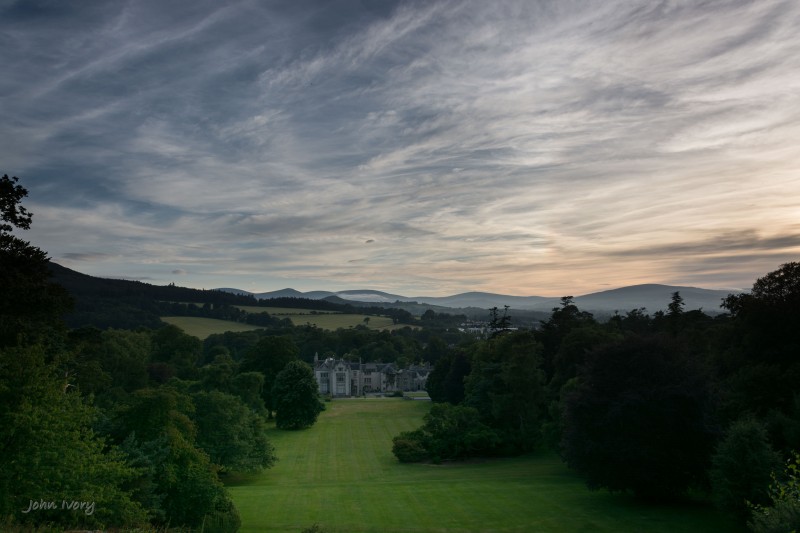 7 thoughts on “An Evening At Kilruddery Estate”